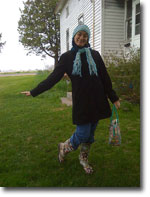 Recently I was reading about an old man who was having a very hard time with his neighbors. They were keeping him up with their loud music, morning noon and night! He could find no peace, how could this be happening in America? He didn’t fight for his country like a patriot in WW2 only to be driven mad by those pesky neighbors and their MUSIC! Something must be done, but what? Should he take the law into his own hands? Head over there and demand with a fierce shaking of his old man fist that they stop! He is a veteran!!! Maybe if they showed some GOSHDAMN respect to their elders America would be a better place today!!! Like when he was a boy, YOU WOULD OF NEVER ANNOYED YOUR NEIGHBORS! IT ISN’T WHAT GOOD CHRISTIAN GOD FEARING PEOPLE DO! No wonder this country is full of unwed teenage mother sex parties where everyone has abortions while they talk about evolution! IT ALL WENT DOWN HILL AS SOON AS THEY TOOK THE PRAYER OUT OF SCHOOLS! And no one is picking up their dog poop anymore and you have to go to the store AND BUY MILK ! Its ridiculous, all he is trying to do is get some piece and quiet until he dies and joins Esther in heaven where she is playing BRIDGE WITH JESUS!

Those neighbors have gone too far, they have poked the wrong bear!!!!! He is upset…. HE IS GOING TO CALL….THE AUTHORITIES!

When the police show up they try to calm the old man down, they listen to his complaints about the endless music and those terrible neighbors who may or may not even BE CITIZENS of his beloved country he nearly DIED FOR!!!! Illegal Mexicans taking AMERICAN JOBS and flooding the system with their MEXICAN FOODS digestive problems, stealing healthcare from good hardworking AMERICAN VETERANS!

And then one of the police officers goes to the shelf and silences the musical greeting card that has been tormenting the old man for days.

The only sound he hears now is the last tiny bit of his dignity slowly slipping away.

you can download the mp3 here
dawn’s blog also available at monkeycock.com