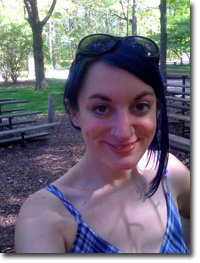 today i went to the milwaukee zoo with my nephew Kayden and sister DC. We are both in a fierce competition to be the favorite auntie but she pretty much kicks my ass because of the never ending supply of candy that comes from her magic rip-off tokidoki purse. my REAL tokidoki purses only contain healthy fruit leathers, (my latest addiction) and at least six different types of lip gloss… neither of which are interesting to a two year old boy. So DC gets to be the loving and adored auntie and I get to be the auntie who Kayden yells at and tries to hit….but I can totally hit WAY harder than he can and I can out run his tiny toddler legs no problemo.

A lot of the buildings at the milwaukee zoo were built in the 1960s which until a few years ago totally dated the park. Now it looks incredibly modern and cool, actual retro instead of faux. The new buildings they have opened in the last decade look so generic now and I know the older 60s architecture days are numbered, which is really too bad. Actually zoos in general are pretty sad. I love animals and there is nothing more tear jerking at the zoo than the poor orangutan, he sits there and tries to hide from the endless parade of gawkers. One time he had a small yogurt cup that he kept filling from a running spigot in his cage. We made eye contact and I saw such hopelessness in those eyes, a sense that once he thought someone might wake him up from this terrible dream of captivity but now feels foolish to have ever had that hope.

You are my ancestor, now get in a cage.

I understand the main purpose of a zoo is to educate humans on the amazing creatures that share this earth with us. And I also appreciate the fact I have been able to see animals I may of never seen in the wild and that such effort and care is taken to ensure their well being.

I just wish we didn’t have to imprison them to do so.

During the tour the guide boasted that Milwaukee was the first zoo to group animals in a predator prey situation, meaning the polar bears are right next to the sea lions but not able to attack them because of moats, glass and walls. This has to be so incredibly frustrating to their instinct. Put your favorite food in the world in a glass case and just stare at it for a decade, its gonna suck the big one.

We can’t recreate diet, habitat and social behaviors close enough to mimic mother nature, shit… we as a people can barely feed ourselves properly and get along amicably with members of our own species. So while I had a good day at the zoo with my family I leave there feeling frustrated that I can’t somehow talk to these animals and see if they are ok living there in captivity. I know some of them were born into it and couldn’t even survive in their natural elements… but that’s not exactly a comfort.

I’m still wrestling with this and even though it was fun to see Kayden’s joyful reaction to the animals I have to keep in mind that he was also AMAZED to see ROCKS AND GOLF CARTS!!!

yes Kayden my love, yes I did.